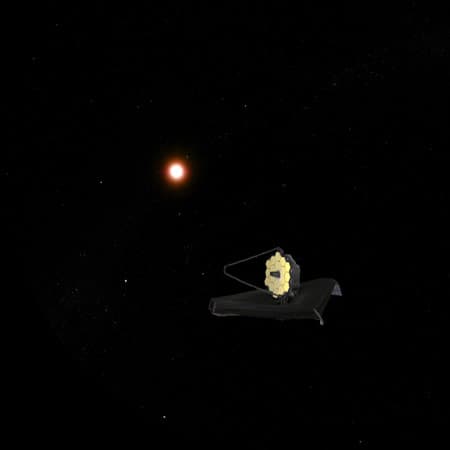 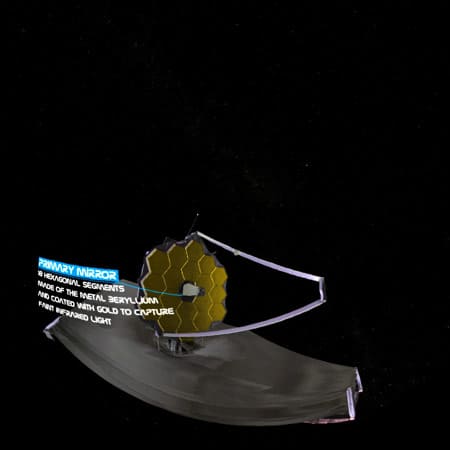 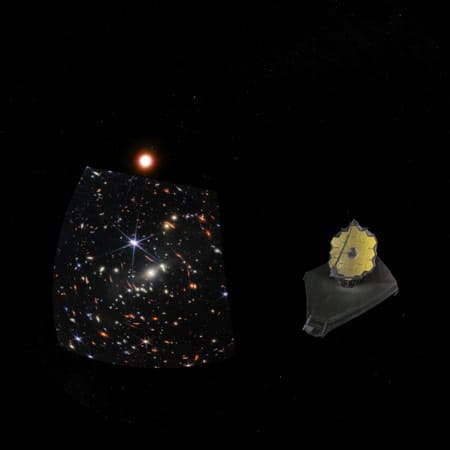 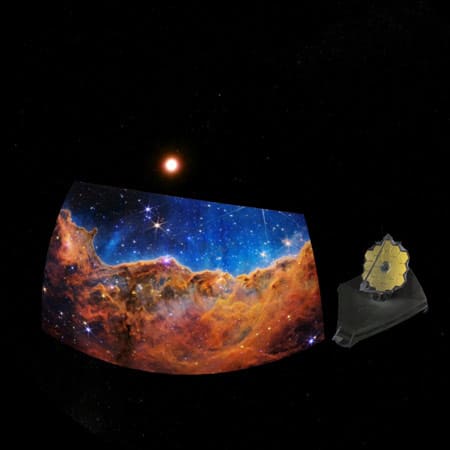 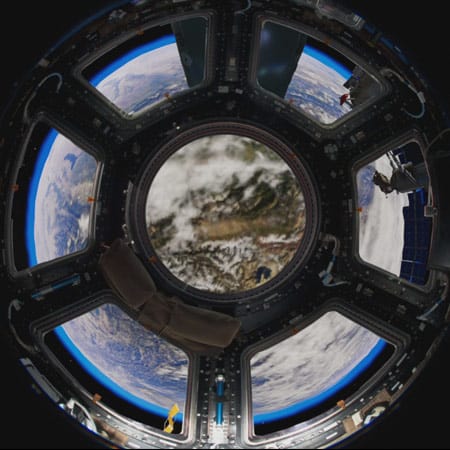 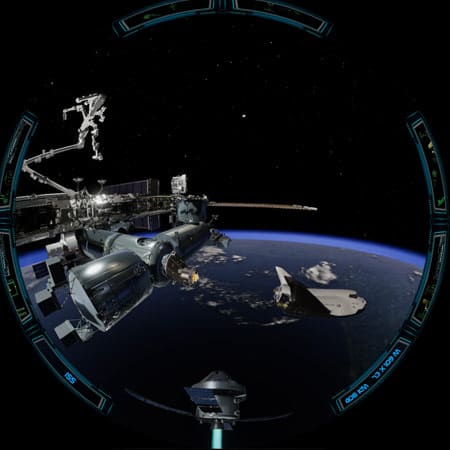 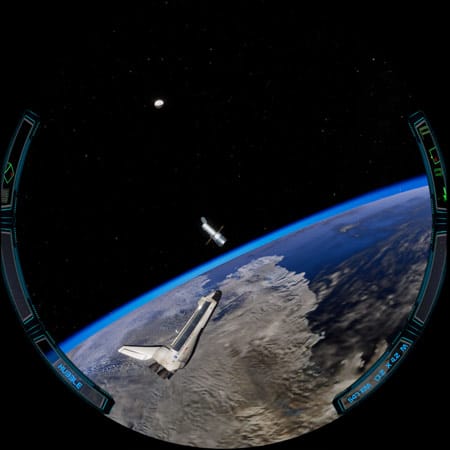 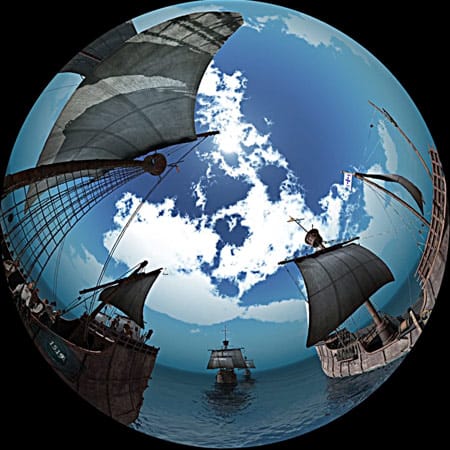 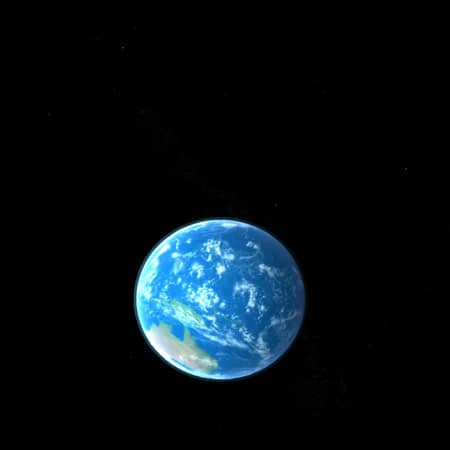 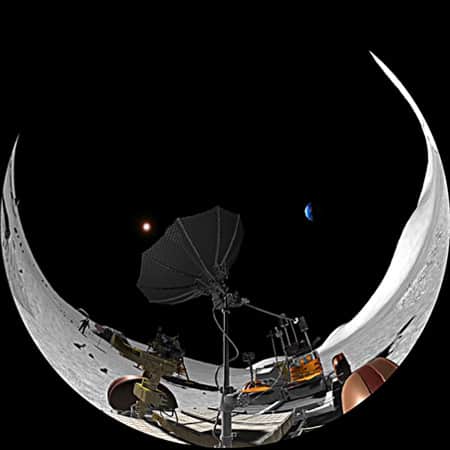 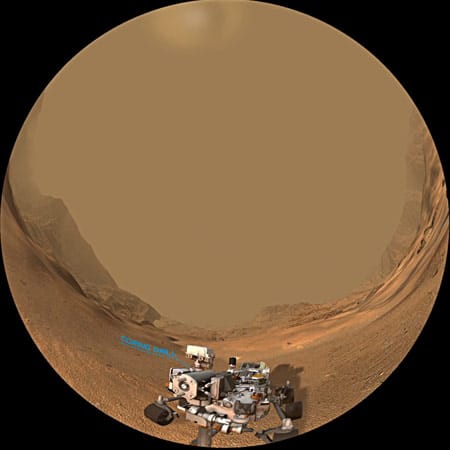 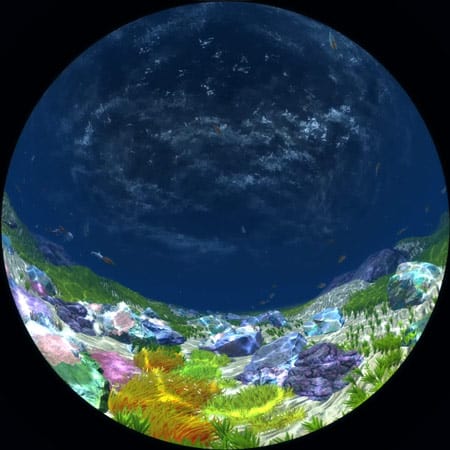 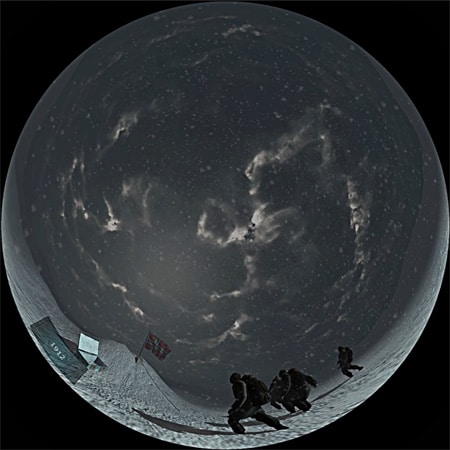 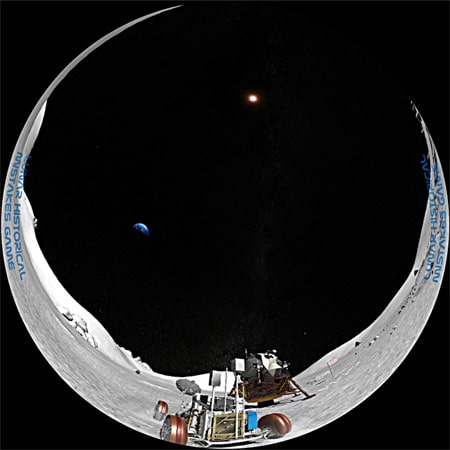 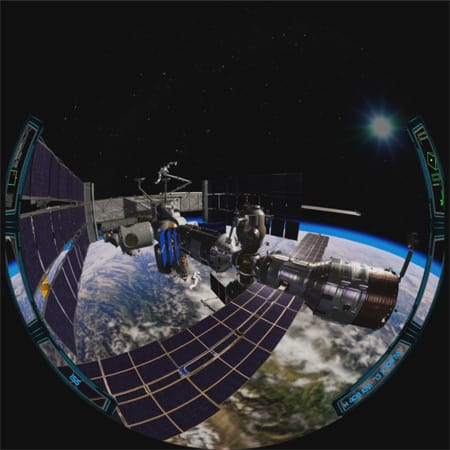 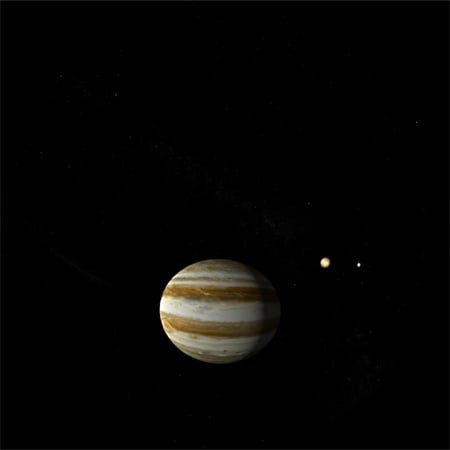 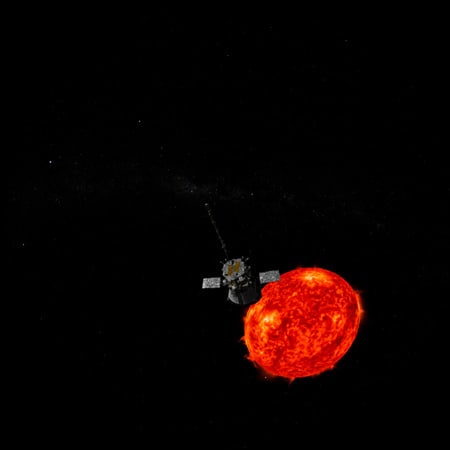 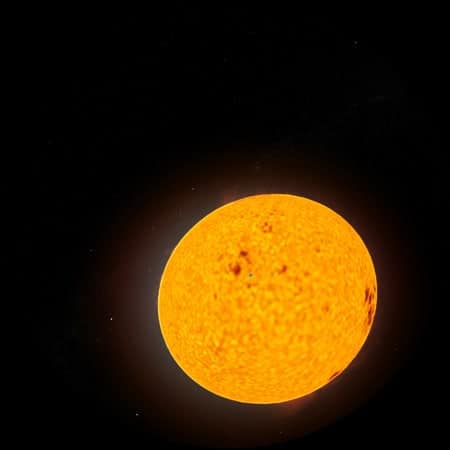 Is it possible to disseminate Science and the Cosmos in real-time formats and interactively with our audience? The FMC or FullDome Motion Control is the new product that Immersive Adventure has developed for planetariums and spaces dedicated to spherical projection or virtual reality.

With these immersive formats, we have the opportunity to fly and land in different bodies of the Solar System, drive the Lunar Rover or the Martian Rover Perseverance or visit the International Space Station, taking control at all times and choosing what actions we want to perform. And the most amazing thing: we can give the command and control to the spectators so that the experience is intensely participatory! 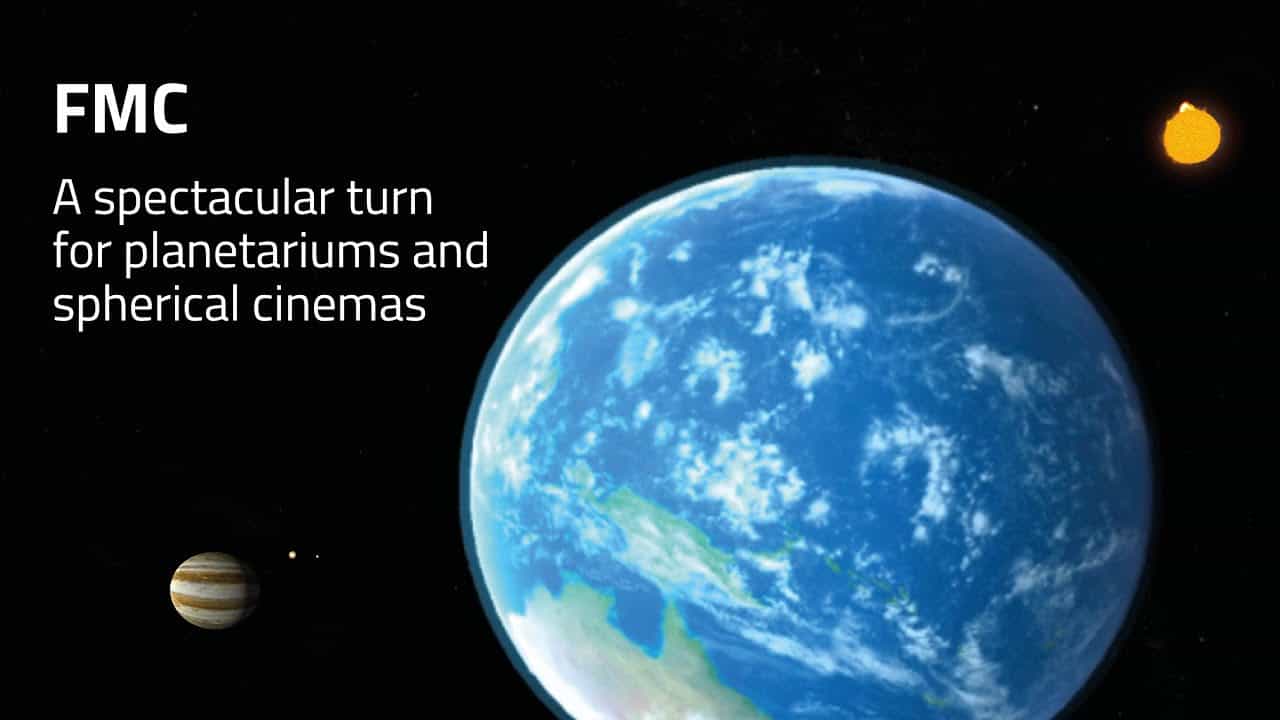 “With this spectacular format, we want to show the great story, from its origins to the present, so that the public can travel and interact with the universe.”

Currently, we have 6 contents in FMC that revolutionise digital spaces oriented to the teaching of astronomy and space. Now, we can go further and talk about Astronautics, Meteorology, Oceanography, History of Life, and the Universe.

The James Webb Space Telescope is a jewel of precision technology. Designed to observe in the infrared band, this observatory will reveal never-before-seen matter.

We will be able to compare its images with those of ground-based observatories or the Hubble telescope itself. This FMC will also show us its component parts so that our audience can understand the enormous engineering effort that has gone into its construction and operation. The programme will be updated as the telescope sends us data and new discoveries.

With this spectacular new creation, we aim to take control, get to the Sun and decide whether to execute a protrusion or follow the trajectory of the Parker Solar Probe. In addition, this program allows us to get closer to collect material from an asteroid like Bennu, emulating the OSIRIS-REx probe.

We will also be able to fly over the eight planets of the Solar System visiting them from orbit. An advanced version of the programme will allow you to land on places that mankind has visited, such as the Moon, or that probes have reached, such as Venus, Mars, or the surface of Titan.

In this program, we isolate the Sun from the Solar System to focus on the study of this star, and dissect it to know its insides and understand where its energy emanates.

We will see how a comet exhibits its tail associated with solar activity, and we will travel from the Sun towards Earth through a coronal mass ejection that will allow us to see the colourful spectacle of the auroras in the sky.

Recreate Apollo XVII’s last mission to the Moon to drive the Lunar Rover through the mountainous Taurus-Littrow area, contouring craters, and up and down hills. This programme incorporates an error game that allows us to interact with our audience to decipher whether the situations we experience are true or false. It is about the attendees in these actions which are also a great way to spread lunar physics.

Immersive Adventure had the honour of introducing the Moon-themed FMC to astronaut Charles Duke, who 50 years ago was the driver of the Lunar Rover on the Apollo XVI mission. At the end of the experience, Ducke said “What a ride!”

Following in the footsteps of NASA’s latest robot, in this programme we travel to Mars to explore with absolute precision the technological objectives of the Perseverance Rover on its mission in the Jerezo crater and its scientific team. In addition, the FMC also recreates the flights of the “Ingenuity” helicopter, which the audience will be able to fly with the joypad controls.

And, as in The Moon, a series of domes appear to introduce the game of mistakes and check, with the participation of the public, if the robot’s actions are real or fanciful. This mission may be complemented with a new FMC.

Journey to the Space Stations

We travelled about 400 kilometres from Earth to visit the International Space Station, the largest man-made object in Erath orbit.  The programme allows you to explore the ISS by approaching it with an Orion spacecraft or take off with a cargo from the future, the Dream Chaser, to land at Cape Canaveral. Viewers will be able to visit the interior of the ISS and move around some of its modules at will.

In addition, we have created a more complex FMC version that, together with the ISS, tours the Chinese Space Station.

The conquest of the Earth

Before reaching space, humanity has controlled time, measured the Earth, and circumnavigated the Globe. Then came the voyages of exploration, by land, sea, and air. In the 20th century we reached the Poles, the roof of the Earth, the Himalayas, or the seabed in the Mariana Trench.

Your audience will be able to live these adventures in which each scene -always with the joypad in hand- opens new possibilities for us, following the trail of its discoverers.

Near-Earth space is full of artificial satellites that carry out various missions. From studying the terrestrial ecosystem, observing the weather, and even spying on the sky in search of new worlds.

This program allows you to choose the orbit you want and see at each stage, the silent work of artificial satellites and visit the James Webb Space Telescope, designed to look back more than 13.5 billion years, and study the distant universe at its origins.

The FMCs are managed through the computer and astronomical keyboard of Immersive Adventure and with the use of the Joypad. They are suitable for any full dome projector, fixed or mobile, whether it has a single central projector or is built for multi-projection.

Let's get in touch

Give us a call or drop by anytime, we endeavour to answer all enquiries within 24 hours on business days.